The Punisher (Francis "Frank" Castle, born Castiglione) is a fictional character appearing in American comic books published by Marvel Comics. The character was created by writer Gerry Conway and artists John Romita Sr. and Ross Andru. The Punisher made his first appearance in The Amazing Spider-Man #129 (cover-dated February 1974).

The character is depicted as an Sicilian-American[5][6] vigilante who employs murder, kidnapping, extortion, coercion, threats of violence, and torture in his campaign against crime. Driven by the deaths of his wife and two children, who were killed by the mob for witnessing a killing in New York City's Central Park, the Punisher wages a one-man war on crime using various weapons.[7] His family's killers were the first to be slain.[8] A war veteran and a USMC Scout/Sniper in Force Recon, Castle is skilled in hand-to-hand combat, guerrilla warfare, and marksmanship.[5][6] He is well known by his skull motif on his chest.

The Punisher's brutal nature and willingness to kill made him an anomaly in mainstream American comic books when he debuted in 1974. By the late 1980s, the Punisher was part of a wave of psychologically-troubled antiheroes. At the height of his popularity, the character was featured in four monthly publications: The Punisher, The Punisher War Journal, The Punisher: War Zone, and The Punisher Armory.

READ MORE ABOUT THE PUNISHER HERE ON WIKIPEDIA 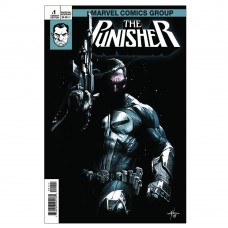 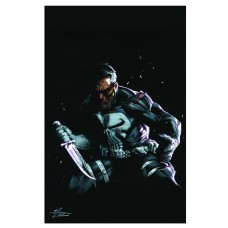 WHAT IF PETER PARKER BECAME THE PUNISHER? #1 JOE JUSKO VARIANT