Venom is a fictional character appearing in American comic books published by Marvel Comics, commonly in association with Spider-Man. The character is a sentient alien symbiote with an amorphous, liquid-like form, who survives by bonding with a host, usually human. This dual-life form receives enhanced powers and usually refers to itself as "Venom". The symbiote was originally introduced as a living alien costume in The Amazing Spider-Man #252 (May 1984), with a full first appearance as Venom in The Amazing Spider-Man #300 (May 1988). 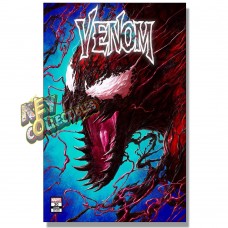 VENOM #30 DAVE RAPOZA VARIANTTHIS IS IT! The face-melting finale to VENOM BEYOND, by Donny Cates and.. 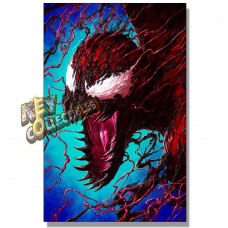 VENOM #30 DAVE RAPOZA VIRGIN VARIANTTHIS IS IT! The face-melting finale to VENOM BEYOND, by Donny Ca..